The comp. is over, soon time to go back to Austria

We were lucky with the weather yesterday, it started to snow just after the last competitor had finished his run. It was a pretty long hike up to the face, it was strong wind and I was almost a little bit scared:) But I was surprised that the face wasn´t steeper than it was, the beginning looks really steep from down. I stood up this time and had an okay run, first a pretty steep couloir with a small drop in the middle and then after the flat part a small drop again and some cruising down between the cliffs. I got second place, so not bad but I could have made it better!:) The judging was really strange in this competition, people who crashed badly got better position than people who didn´t crash. One person lost her ski and got a podium place! And some people were riding in the face before the comp., I think that the Spanish speaking people had some extra advantages, hope the organisation is better next year! One snowboarder girl was rapelled down to her startingplace with help of 4 friends, I have never heard about something similar in this kind of contests. There was many possibilities to go down without rope.

We went today riding in Pal in La Massana, got some good offpist runs in the forest. It has been snowing here since yesterday and it is still snowing! So here gonna be a lot of powder tomorrow! I had planned to do some sightseeing in the city tomorrow but maybe I go riding insted, let´s see. 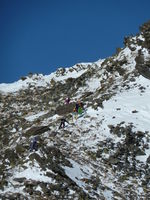 The girls were hiking up first

The riding here in Andorra, Arcalis has been great(so far at least!). I have choosed my line for tomorrow and I´m looking forward to ride the face. The competitionface looks nice, a long face with steep beginning and powder snow. 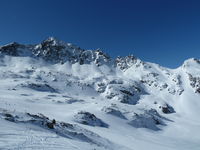 Andorra, what a nice country!

I´m for the first time in my life in Andorra and I like it a lot! Yesterday we went by plane from Munich to Barcelona. We rent a car at the airport and drove up to Andorra; El Serrat is the name of the village where we are at the moment. Here in Andorra will be a 3*FWQ competition on Saturday and Sunday but we came here some days earlier to check out the area. It was dumping snow when we arrived yesterday so it was time for powder today. We got some extremely nice forestruns in the morning when the sun was shining but it started to snow again in the afternoon. Now just some chilling out and tomorrow some more nice riding in Andorra, jiiiuuhuuu 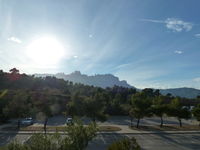 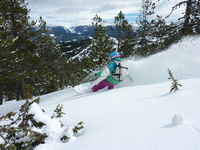 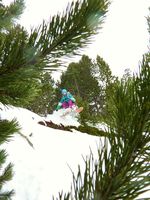 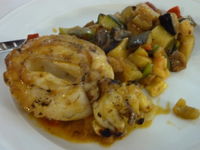 The first dinner we got at the hotel, interesting food 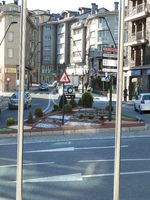 Had to take a picture of this, I like everything that has to do with gardening:)

Here has been a lot of happening in the last few days. We went for Schareck on Friday morning, just me and my brother, some friends had plannned to join but they missed the train!:( I took the "easy" route down while my brother went for a more exposed couloir in the end of the run. Good snowconditions and no tracks after the last snowfall. Then in the evening we went to take a look at Imperium Gastunum Jam Session in Bad Gastein. Fun competition to watch but the kicker was a little bit scary, some of the riders didnt make it all the way to the landing in all their runs. 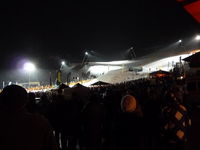 On Saturday morning I and a friend went up to Ankogel for riding some powder and jumping around on small cliffs and stones, a fun day! In the evening was it time for Red Bull Playstreets in Bad Gastein. Amazing competition to watch, they put so much effort to build up the arena. Bad Gastein was extremly crowded this evening and there was a lot of parties after the comp.:) Me and some Croatian friends stayed in BG until Sunday morning, we took the first train back to Mallnitz. I have never seen so many people waiting for the train 5 in the morning! We walked back from the train station and then I had 1 and a half hour of sleep before it was time to take the bus to Mölltaler for riding Schareck with some friends. We stayed for some runs on Mölltaler before we went down to Sportgastein. One more extremly good day together with nice people in sunshine and powder. It was a little bit flatlight when we were riding Schareck down to Sportgastein but the snow was good. 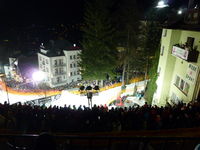 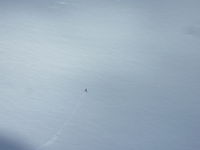 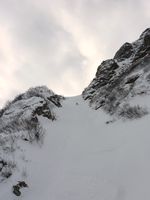 It is snowing today so I think I will take one day of rest, pack my staff for tomorrow and write some mails. We are flying to Barcelona tomorrow and from there we will rent a car and drive to Andorra.

What a nice day on Mölltaler Glacier! Perfect weather, unfortunately just some few centimeter of fresh snow but it was fun to ride there anyway. Took some runs in the boardercross course, the track is in really good condition! I was surprised to hear so many Swedish people on Mölltaler today, usually you don´t find many Scandinavians there. Tomorrow hopefylly some snow!!! The forecast is good but you never know...Let´s hope!!

Yesterday we planned to go and ride on Weissee gletcher, actually we went there but when we arrived we got the information that the second gondola was broken:( We decided to not hike 600 vertical meters and instead we went to check out Rauris skicenter. Nice, small, not too crowded place. We found some good snow there! so it was a great day!

Today we went riding park in Bad Gastein, it was sun in the morning but flatlight in the afternoon. It was actually snowing a little bit when I went back to Mallnitz!:) Hope for more snow now! we need it! 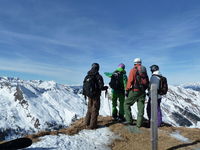 The guys are looking for new lines to ride

I was today riding park for the first time this year! The snow is to shit to go riding offpist (if you don´t want to do really long hikes) so we decided to go to Bad Gastein for riding park. They have a few kickers and some rails and boxes, enough for me who doesn´t ride park that many times per year.

So much interesting to watch on ISPO, we had just one day time to check it out so it was impossible to have a look on everything. Went to take a closer look on what they had in the NITRO stand and in the POC stand. Got to know about brands that I had never heard about before and met many friends during the day. Ended the day with some massage, perfect after you have been walking around the whole day!

Today I went riding in Zillertal Arena again, this time together with my brother and one sponsor. It was a nice, sunny day. Pretty crowded compared to the places we have been to earlier this month. 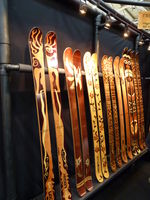 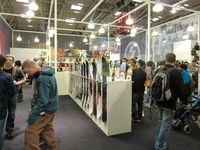 One part of the Nitro stand 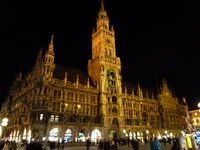 Did a bad run in Hochfugen:( Had no problems to find my line but it came pretty much sluff down when I was riding in the last couloir, didn´t manage to ride fast enough or avoid it. The riding level was really high in this competition, a lot of good riders! We had some riders party yesterday night but I went back to the apartment early enought to be able to snowboard today. I went to check out the Zillertal Area, extremly nice skiresort! Zillertal arena seems to be a perfect skiresort for familys but it is also good for us who likes to go freeriding. And they had a good park and halfpipe also! Perfect combination of everything! Next destination is Munich, ISPO tomorrow!:) 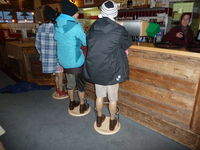 Time for packing the stuff again! We are going to Hochfugen tomorrow morning to compete in womens FWT, mens FWQ 4*. The weatherforecast is good so hope for some nice days. It will be face inspection tomorrow and on Friday and the competition will be on Saturday.

We had a great day on snow yesterday, we went from Mallnitz to Mölltaler early in the morning. Took some runs there before we went for Scharek. It was windpacked snow in the beginning of the run but it was powder down in the bushes. It was nice to go riding with friends that I haven´t seen for a long time. We went down on the north side of Sportgastein and hit some pillows in the forest before we went for a cider/beer to Häggbloms bar in Bad Gastein.

Today we went riding here in Mallnitz at Ankogel. Here is still some powder left even if it has been too warm, got some nice runs after some traversing. In the afternoon I filmed my brothers run, he hiked for about 2,5 hours to get a steep run down, probably it was a first descent! 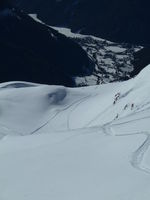