I went home for Christmas but I´m now back in Mallnitz, probably some kilos heavier but it doesn´t matter, it goes just faster downhill:) I came back to Mallnitz 2 in the afternoon yesterday and I just changed clothes and went up to Ankogel. It was like in spring up there, less snow than in April last season! It will hopefully start to snow for real now!

Today I went to Mölltaler just because the weather was so good, no wind and sun, nothing special but I had good riding company so it was fun anyway. 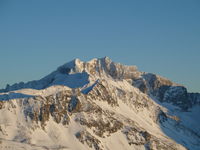 View from the top of the gondola in Mallnitz (Ankogel) 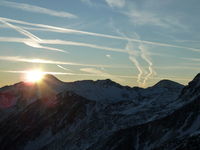 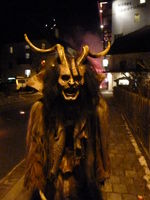 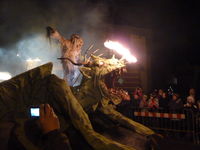 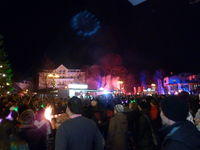 It doesn`t happen often that you see so much people in this village!

It was dumping in the Gastein valley today!

Now when it is possible to ride in the forest it finally feels like the winter is here. Found some great untracked forestriding today, I think that it is my secret spot for tomorrow also:) Just one more day of riding before I go home for Christmas but I will be back soon again. I will hopefully remember to bring my camera tomorrow.

Please people!, learn how to stop before you try to straightline!

I had a crash two days ago, one skiier didnt see me or then he didnt know how to stop and he drove over my board. I have marks on my board from one of his skis. It was total stop for me and that means a hard crash. Im now sitting in my bed and waiting for my neck to become less stiff. It is snowing and I´m missing the powder. I had also the "luck" to get some flu now, but okay, it is better to have everything at the same time!

I actually found out a new(for me) skiresort in the beginning of this week. A nice familyskiresort, no really steep slopes. There might be good forestriding when we get some more snow. The resort is really close to Bischofshofen, its named Muhlbach, just one hour of driving from Mallnitz when you take the train to Böckstein. 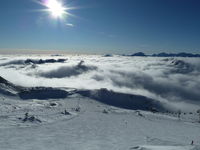 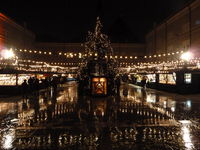 I was bored one day and got the idea to go to Salzburg, I like Christmas markets, but I didnt get the right feeling in the rain 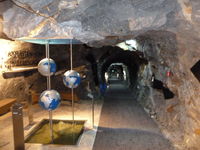 I can recommend to take a look in this tunnel if you go to Kitzsteinhorn (Kaprun), interesting place, with information about the glaciers and so on 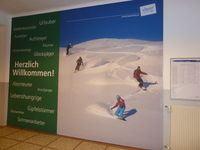 A lot of riding the last days with great people and powder snow. Just too much stones hidden under the snow. My board doesn´t look like new anymore. I´m surprised how fast the landscape has changed! It was almost like summer here one week ago! I have been riding on Kitzsteinhorn, Obertauern and Mölltaler this week. Mölltaler was closed because of too hard wind one day so we decided to drive to Obertauern, it was a great choice! 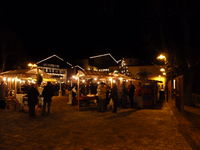 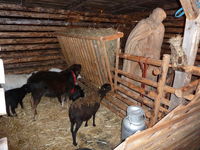 At the Christmas market 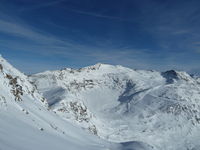 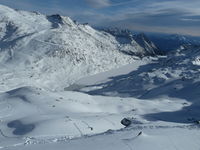 Me and one friend decided to go for a short hike

Jippijej it has been snowing today!

My first powderday this season! It hasn´t been snowing that much but enough to get the first face shot. It was great on Mölltaler today in the afternoon, snow in the morning, sun in the afternoon!

I was for the first time in my lifte to Kitzsteinhorn(Kaprun) yesterday, a lot of people but I liked Kitzsteinhorn a lot. There is almost everything, good slopes, halfpipe, parks and so on.

I´m finally in Mallnitz! Have been looking forward to this so long time now. I arrived to Mallnitz at noon, after one night of driving, and yesterday I had my first day on snow this season! Ankogel in Mallnitz is not open yet so I drove to Mölltaler, the slopes where great and the boardrcross course also, the sun was shining and almost no wind. Today it is diffrent, its raining here in Mallnitz but hopefully it is snowing higher up in the mountains. 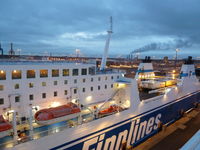 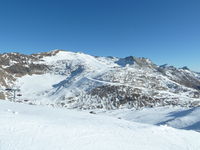 Mölltaler gletscher, from the top of the new lift 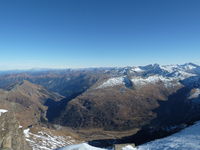 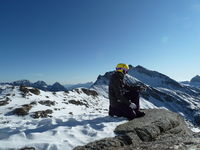