The last days has been really good, powder and sun most of the time, today it looks like it is time for some rest, it`s cloudy and foggy here in Mallnitz. My neck need actually some rest so it`s maybe good that it is bad weather today.

They cancelled the FWQ competition in St. Moritz because of bad snow conditions there so we have been riding here in Kärnten instead. Two friends from Finland are here at the moment, we have been riding and filming together the last days. Yesterday I had a day with many crashes but the days before has went better. There has also been time for some short hikes the last days and just chilling and some photo shooting for fun. It has been great riding in the evenings, so peaceful and quiet, a few gemsens (mountain goats) on the way down to the bottom station and evening sun, that is the thing I like most with snowboarding, I forget everything else and can live in the moment to hundred procent. 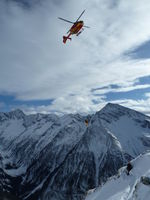 This week started with some extra action at Ankogel, a skier got stucked on the ridge close to old Hannover house. It was steep and grass under and he got scared and took off his skis and then he was stucked there. The helicopter came to pic him up, nice flight! 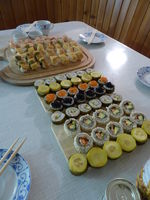 My Finnish friends learned me how to make sushi 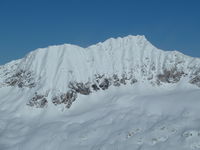 This I want to ride some day!

Some hiking and riding in deep powder, it took me about 1 h to hike this small couloir 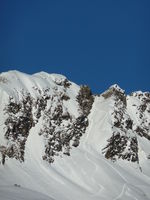 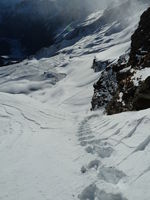 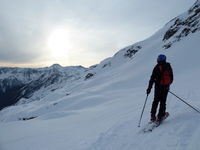 The sun was going down and we did the same

Hello again! Long time no see! It has been a lot of happenings the last two weeks, haven´t had that much time to write. Lets start with Ankogel X-treme here in Mallnitz! My brother arranged for the second time a freeride and chineese downhill competition. We had back luck with the weather but at last we could ride a spare face and the chineese downhill was a lot of fun! Here is some pictures from the competition weekend! Unfortunately I couldn´t take any pictures from the chineese downhill, all riders went down at the same time so, we had a beerbreak at the middle station but then it was full speed down to bottom station! 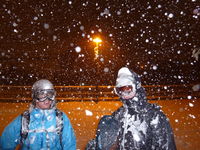 The day before Ankogel X-treme 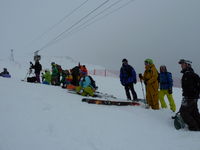 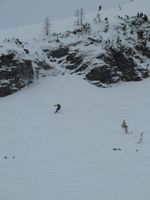 It was time for the first big competition the weekend after Ankogel X-treme. I went together with some nice guys from Innsbruck and Arlberg to La Clusaz in France. It was so nice to meet all freerider-friends again!!! Had a really nice trip although I crashed in my run. I choosed a too difficult line, it was harder and steeper than expected. I ended up at 7 th place, at least the first part of my run went good. 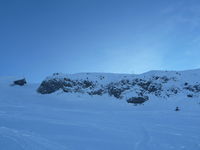 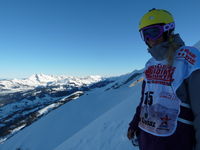 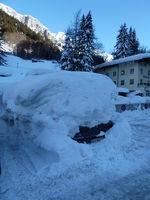 There is some snow in Arlberg, photo from the parkingplace at the train station

Now we will have about one week time to ride before we go to St. Moritz for one qualifier competition.

The last two days were great, finally powder and sun! If the weather forecast is right, we will get half meter of snow before Saturday, I´m optimistic, it is snowing at the moment! We were yesterday morning filming for our "Ducklake" movie project and in the afternoon we just had a lot of fun, jumping off from some small cliffs and so on, a perfect day together with a bunch of happy freeriders. 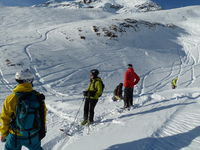