Splitboarding in Arlberg and a nice weekendtrip to Chamonix

I had some really good days last week. In the middle of the week went me and Sanne splitboarding in Arlberg, the sun was shining and it was almost more nice to walk up than to ride down, it was just a great, relaxed day. In Thursday I went to Chamonix together with 2 girls from Arlberg who took part in the FWT competition there. It was nice to sit and watch the competition, so many good runs!

Yesterday we took one run in the morning, we had to be back in the center of Chamonix at 1 o´clock in the afternoon so we went up pretty early. We took the gondolas up to Aiguille du Midi and did an unforgettable run down to Chamonix. The snow was not so good but the landscape is amazing up there, I think it is almost impossible to not stop and take some photos on the way down! 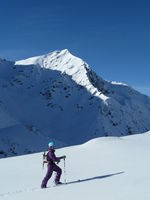 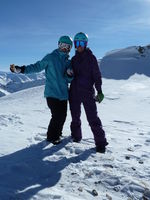 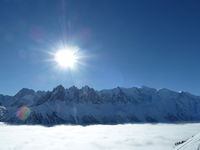 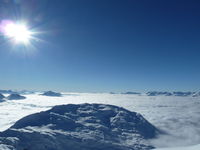 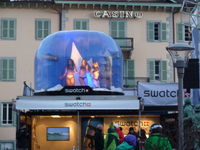 Something for the boys to watch 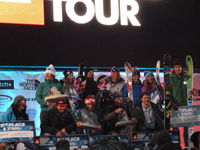 All the top 3 riders from each category 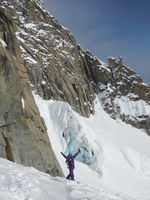 Some photos from the glacier. La Vallée Blanche 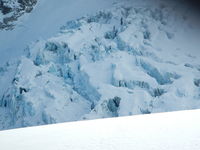 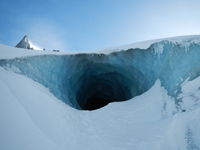 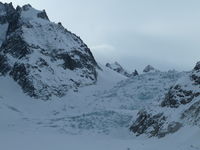 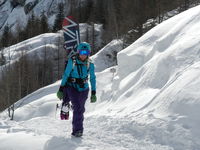 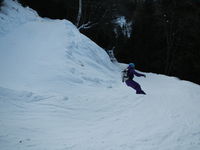 ...and then the transport-road back to Chamonix

I´m back home in Langen am Arlberg after some days in La Clusaz in France. It was really nice to meet all freerider friends at the competition there. The comp. didn´t go well for me, I had unfortunately a small crasch in my run, but I will try to do better in the next competition in St. Moritz in 2 weeks. 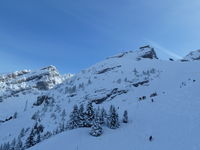 The competition face in La Clusaz

Today we had two good and interesting runs. The snow is still pretty good here but most of it is tracked if you just ride close to the slopes but after some few minutes of hiking you can still find some nice stuff. 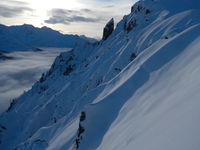 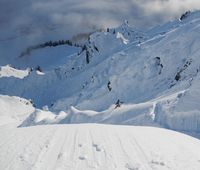 Some steep riding from today

We went for some splitboarding last week, it was the first time on my own Nitro splitboard. It took me a while to make the holes for the hooks and clips in the snowboard but I managed to do it. The splitboard works good with the kit from Voilé. 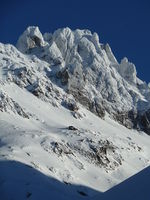 Some nice view from our splitboard tour 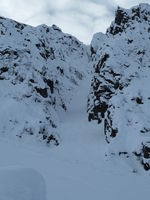 One of my projects this winter. It tooks us a pretty long time to alreday get to the bottom of this couloir, it will be a project for later in the season

It´s time for the first competition for me this season, I will tomorrow go to La Clusaz in France, lets hope for better competition weather than the forecast says! More info about the last days and the comp. soon!

The new year started with a sunny day!

It was by some reason not so much people riding today, it was probably a heavy morning for some people and many tourists went back home today. For me it was a pretty relaxed evening, we went up to Lech to watch the fireworks and before that we had some pancakes and a nice evening togehter with some friends. Langen and Lech were like places taken from different worlds yesterday night, but I actually enjoyed to come back to Langen after all the fireworks up in Lech.

The snow is still good at many places here but it is so tracked, it looks like it´s time for some hiking. I got my kit from Voilé yesterday so the program for tomorrow is to make my new Nitro splitboard ready for some adventures. Some friends from Finland are visiting and I hope we will have a day with blue sky so we can do some nice hiking and riding.