After a sort visit in Wanaka we drove to the Fiordlands in Southwest. The Fiordland was one of the reasons why I wanted to travel to NZ. I can tell you that it was at least as beautiful as expected. We did 2 day tours and one shorter hike. For me it was a new experience to hike trough the rainforest and be in the fjords at the same time. I have been in Norway some few times but the forest and the plants are so different. I would have liked to go for a longer walk but I have to come back to NZ another time for that. We got to see beautiful nature and fast changing weather. 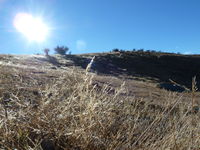 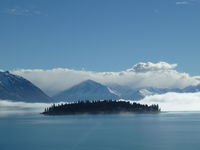 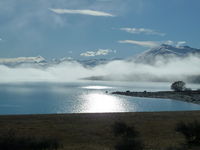 After the fjords we didn’t know what to do next, we had many ideas but the weather was not good enough for making our ideas coming trough so we decided to look for a place where we could do some work and get accommodation and food in exchange. We were lucky and in less than 5 minutes we found a nice place in Tuatapere, far South. It´s a place with a big garden, café, restaurant and a campsite and the most important thing: friendly people. Ou I almost forgot to tell you that they also have really good cakes and muffins at this place, I can recommend Last Light Lodge if you pass by Tuatapere. 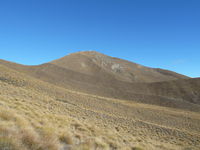 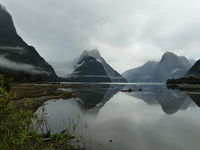 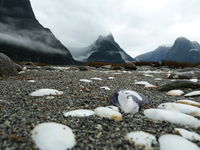 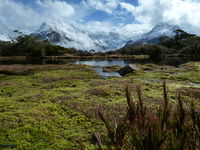 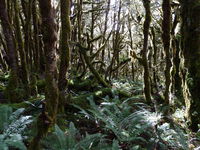 Ocean, penguins, clay cliffs and glaciers- what a week!

We drove from Lake Tekapo to Omaru that is situated on the east coast. The goal was to go there and watch some penguins; we arrived pretty late so most of the penguins were already sleeping but at least we got to see some. I didn´t expect that these penguins are so small! 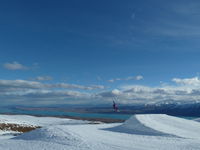 Roundhill, nice to be on snow again 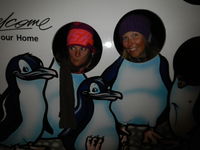 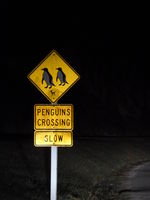 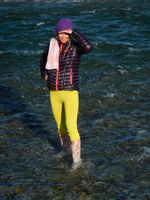 We continued the trip in direction Mt Cook. On the way there we stopped by at some amazing clay cliffs and the view from the cliffs was fantastic. In the evening we arrived to the Mt Cook village. We stayed at the camping there over the night and the next morning we made ourselves ready for a small mission. 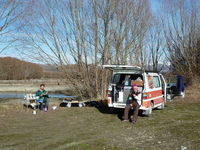 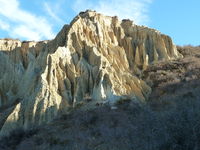 Our goal was to reach the Muller hut from where you have a great view to Mt Cook. It took us 5 and a half hour to reach the hut. The last part of the hike was really icy and we had only snowshoes and ski poles, no crampons. It felt like it was on the limit with snowshoes, it had not been possible to hike much steeper on icy snow. 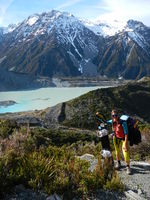 Hiking up to Muller hut

We made it up to the hut and stayed there for 2 nights. We were surrounded by beautiful landscape but it was really icy. It was not easy to snowboard down; to loose the control was not an option. We could snowboard/ski about half way down, after that we had to walk because of too less snow. 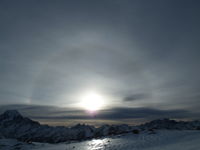 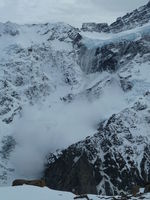 Next to the Muller hut

The plan was to drive straight back to Lake Tekapo but we could not resist driving in to the next valley. We went to the Tasman Lake, such an amazing place. From the lake we could see a part of the Tasman Glacier. I didn´t expect to see what I saw. Amazing ice sculptures were floating around in the lake, it felt like I was in Greenland. 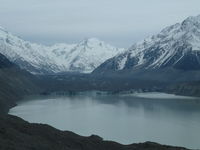 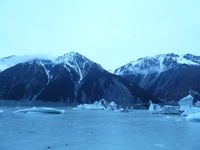