Not much has went as planned this season, I have felt kind of lost. It feels like I have been searching for snow almost all the time, I have been driving a lot and got disappointed on small things many times and I still have the same strange, not feeling home feeling.

Anyway, one and a half week ago I took part in the 3* competition in Verbier. My idea was to get back the good competition feeling I had last year. That did not go as planned, I crashed and broke my snowboard when I hit a stone. 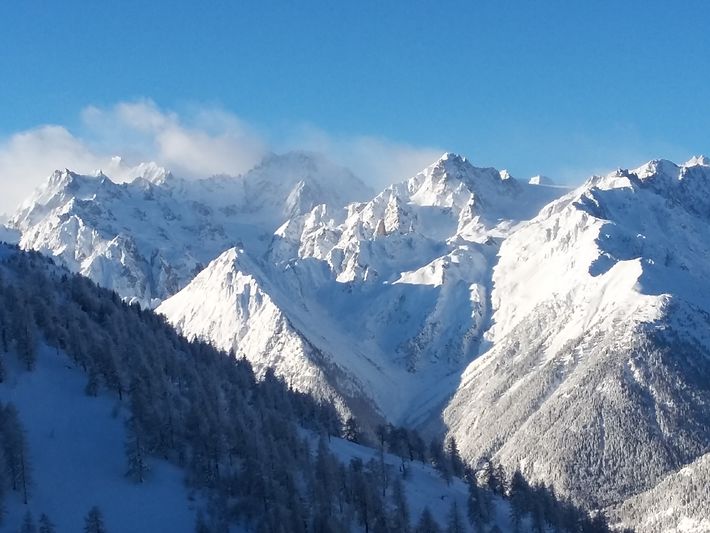 Right after Verbier I had a flight to Barcelona. I met Swedish skier Lotten Rapp at the airport in Barcelona and we did rent a car and drow to Andorra. We decided to travel to Andorra two days before the official arrival day just to get jused to the snow and have time to relax before the competition. 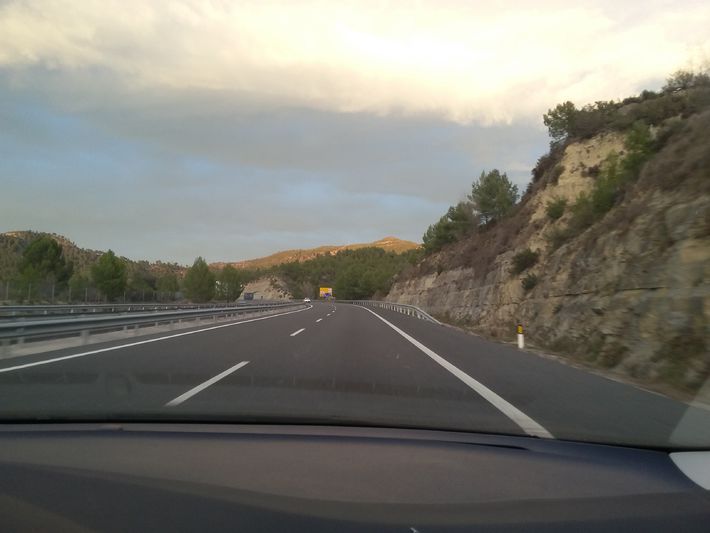 On the way to Andorra

Im happy that we travelled there a couple of days earlier because they decided to have the comp. earlier than expected because of raising temperature. On competition day we had to take the lift up when it still was dark, the weather forecast said it will be cloudy in the afternoon and nobody wants to ride a competition in flatlight. 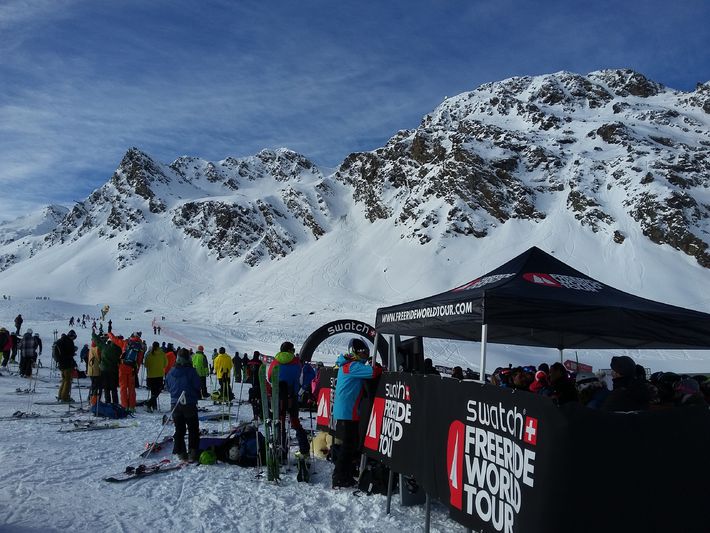 Finnish area in Vallnord, Andorra. A part of the competition face in the background.

This time I had problems to decide my line and I could feel that in the beginning of my run. I felt more nervous than usually before a competition as well. The riding in itself felt good all the way from start to finish but I feel that I need to get more time in the offpist. I was the last snowboarder to start and I didnt know how the other girls had been riding. It was a nice suprise to hear the result when I got to finish. I ended up 3rd this time and can not be anything else than happy with that result. One of my goals this season was to stand at least once on the podium and to manage that in the first FWT comp. feels good. My next goal is to qualify for the 4th stop in Alaska in March. The top 5 women snowboarders will qualify to Alaska. The 2 best results after the first 3 tour stops will tell who get a starting place in Haines. 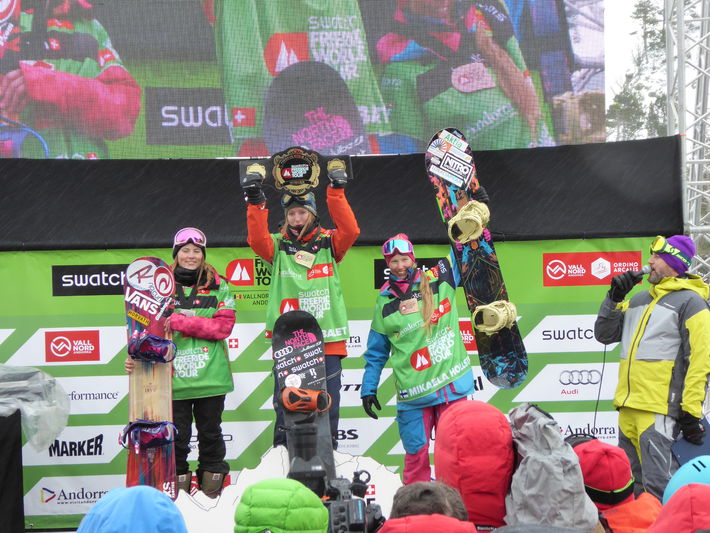 Im now sitting at the airport in Barcelona with a planeticket to Basel but there are my plans ending. I still dont know if they can have the 4* qualifier comp. in Hochfugen, Austria or not.

At the moment I feel tired, to share room with other people is not always easy and relaxing. Lets see what happens next...

Freeride World Tour in a week

Freeride World Tour starts in about a week and I really don´t feel prepared! Almost nothing has went as planned since I arrived to the Alps and with a limited budget it is hard to change the plans completely. My plan was to stay more or less the whole pre season in Monterosa in Italy but as most of you already know, here has been almost no snow. It doesnt look like the freeride season in Monterosa will start in a while. Here are nice slopes and it is a really family friendly resort but we will have to wait for the good freeriding here until late this season. The snow that we have got in Champoluc make the landscape look beautiful but under the snow are too many hidden stones. 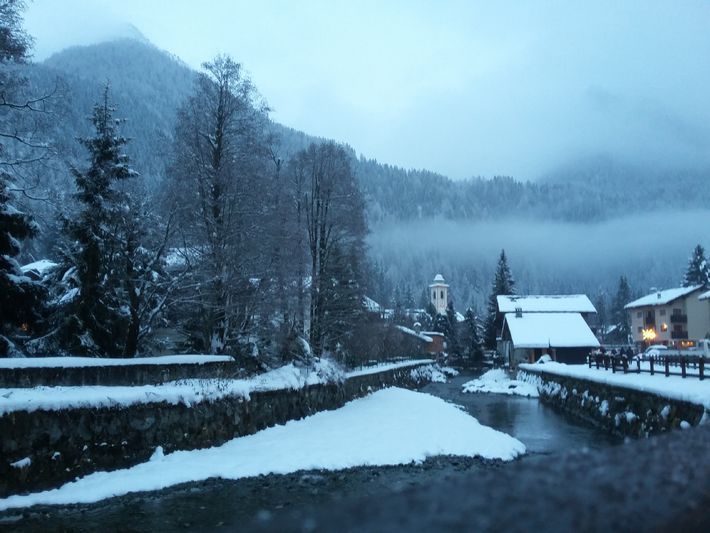 Champoluc in the evning

I will start the comp. season in Verbier this weekend. In Verbier they have the opposite problem compared with Monterosa Ski right now. It is high avalanche danger after big snowfalls in the last days, so lets see if there will be a competition, at least Im looking forward to ride powder without beeing scared of hitting something in every turn. I hope I will get the good riding feeling I had last season back in Verbier. 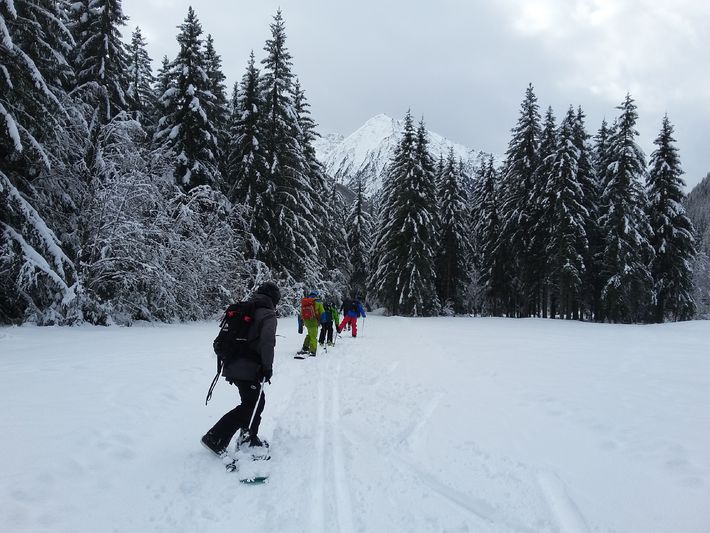 They had to close the lift due to hard wind and the bus was late so we pushed ourselves back to Champoluc from the neighbour village. 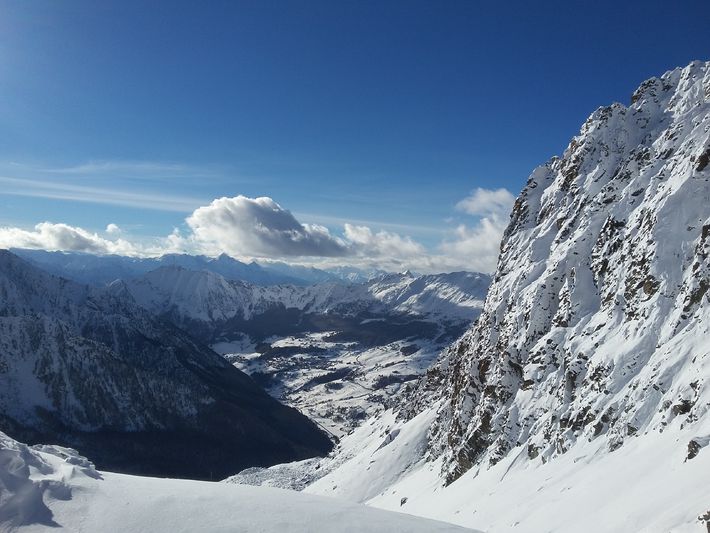 First sunny day in Monterosa ski since I got back here. Beautiful landscape.

For all you who are interested in following the FWT competition in Andorra I will keep you upated on my Facebook page. The competition will be 23 rd of January in Vallnord if the weather is good. 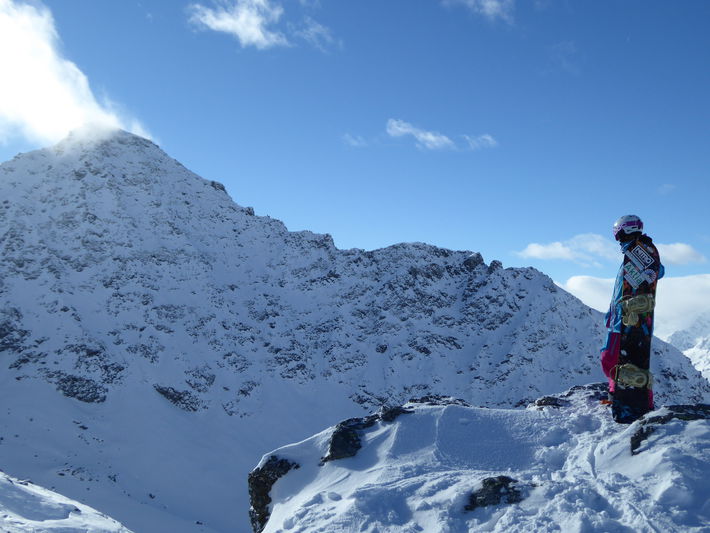 My goal. My first goal and big dream is to get a starting place in Alaska.

A good time in Montafon

Me and Manuela did continue our trip from Paznaun valley to Montafon. In summertime you can drive by car

directly from Paznaun to Montafon but now we had to drive around.

The snowconditions were pretty much the same, we worked hard to get some photos but we found powder in all 3

skiresorts. We were positivly suprised of what we found.

In Montafon it was possible to drop some small cliffs and during the second day it started to snow! It looks like the

winter finally is arriving to the Alps. 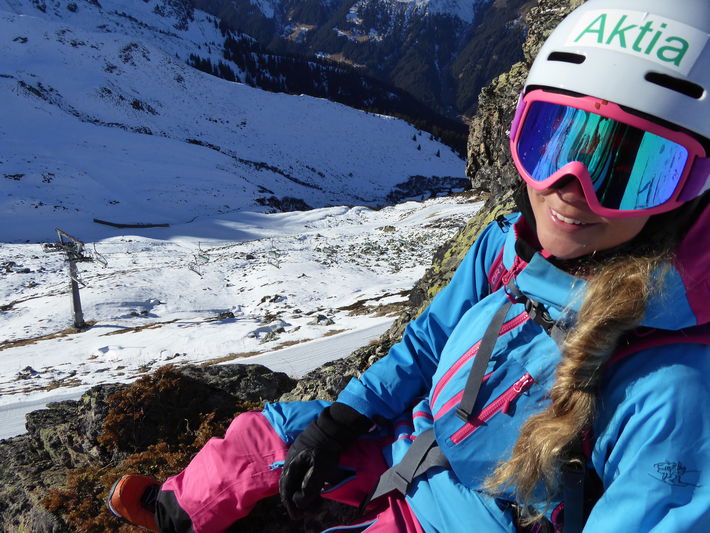 In Montafon in the sunshine 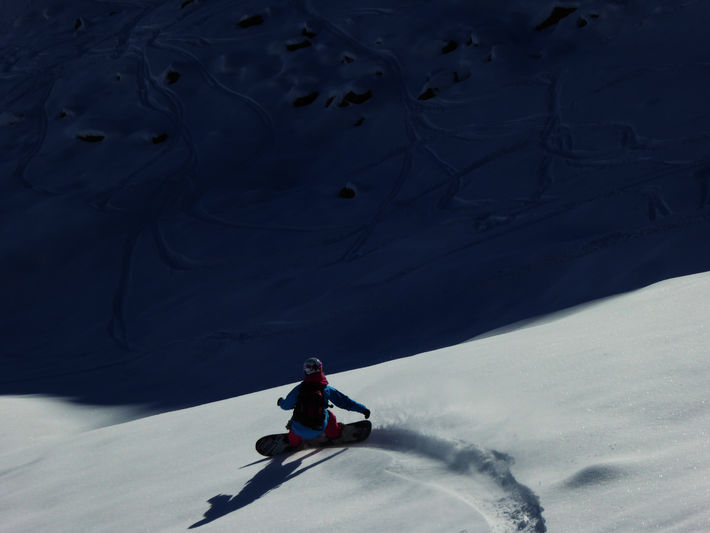 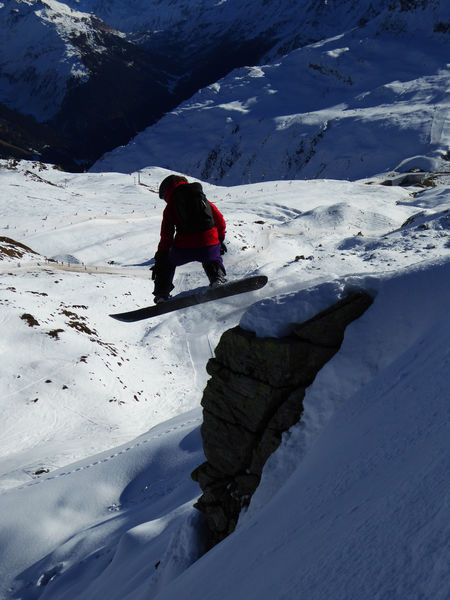 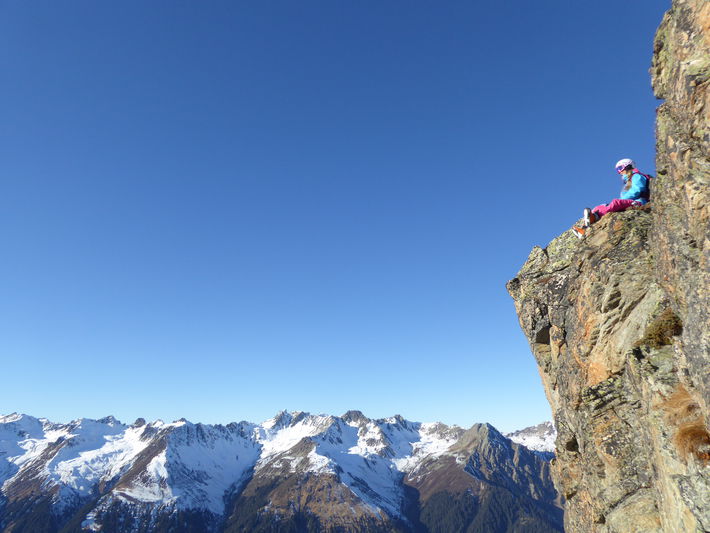 Enjoying the day up in the mountains

Finally we took time to do something we have been talking about many times. Me and Manu just decided to take the day as it comes and go for the best snow around at the moment. We actually got a bit suprised of what we found in Kappl. A big, nearly untouched field filled up with powder was waiting for us. Our goal was to have a good time, see new places and take photos. Here you will see a bit of what we got. 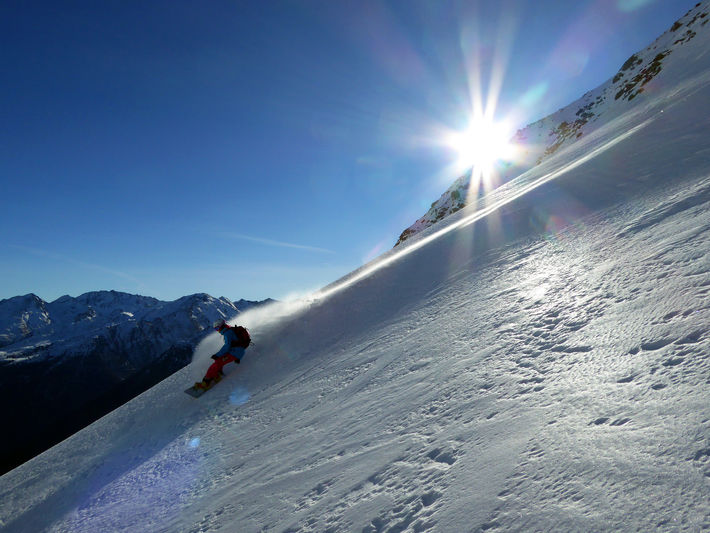 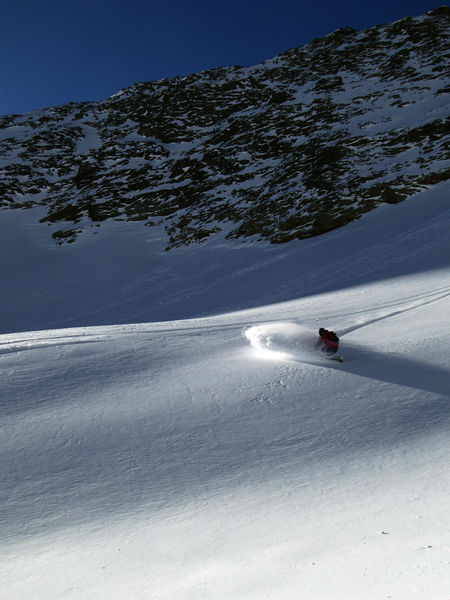 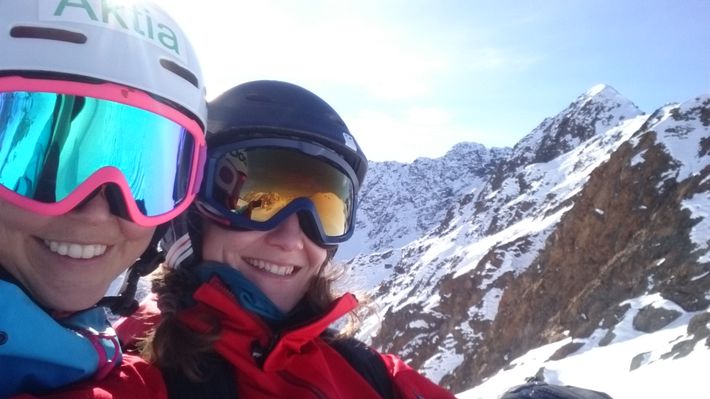 Beside of just riding we also went splitboarding. After a bit of struggle the next morning and not having a good plan for the day we just decided to do a bit of touristing on our splitboards. We got to have lunch at this beautiful lake, high up in the Paznaun Valley.

I had never been to Ischgl before, so it took a while to find the good spots. The skiarea is pretty big, it has a lot of possibilities for freeriders. 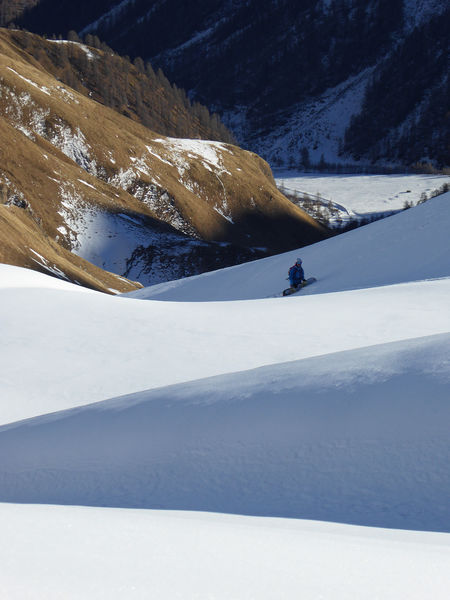 Winter and powder on one side - summer on the other side 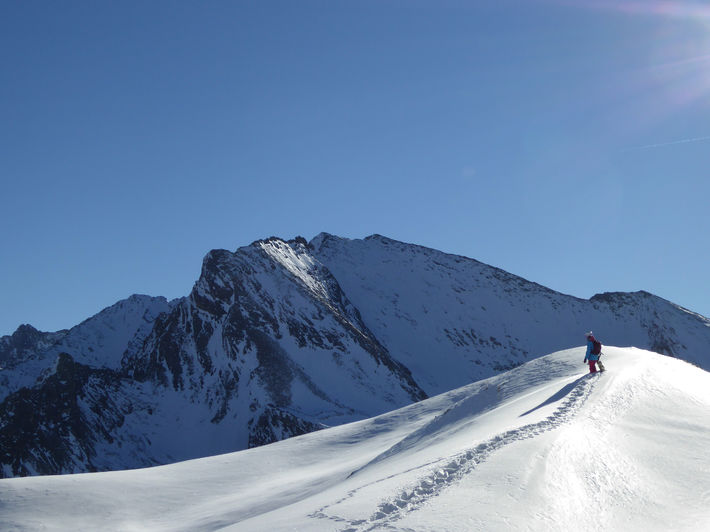 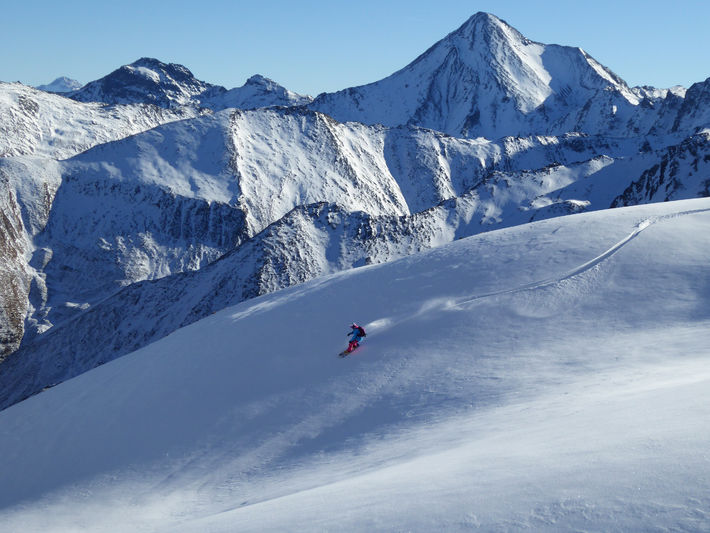 On my way direction Switzerland 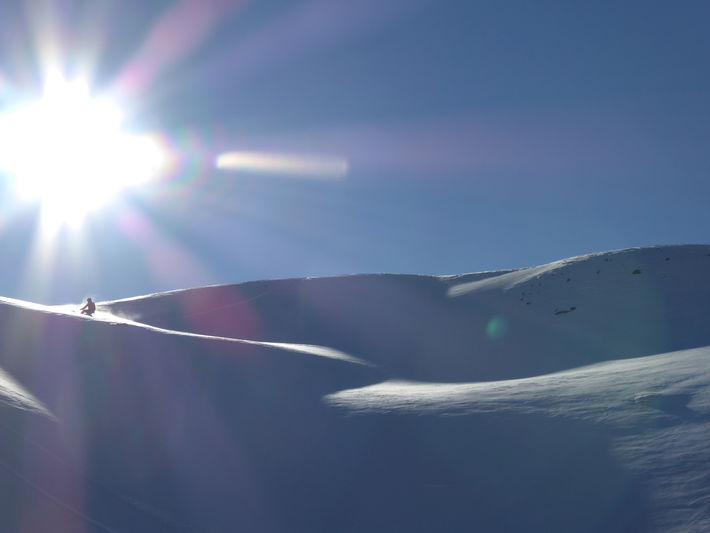 Manu in the sunshine