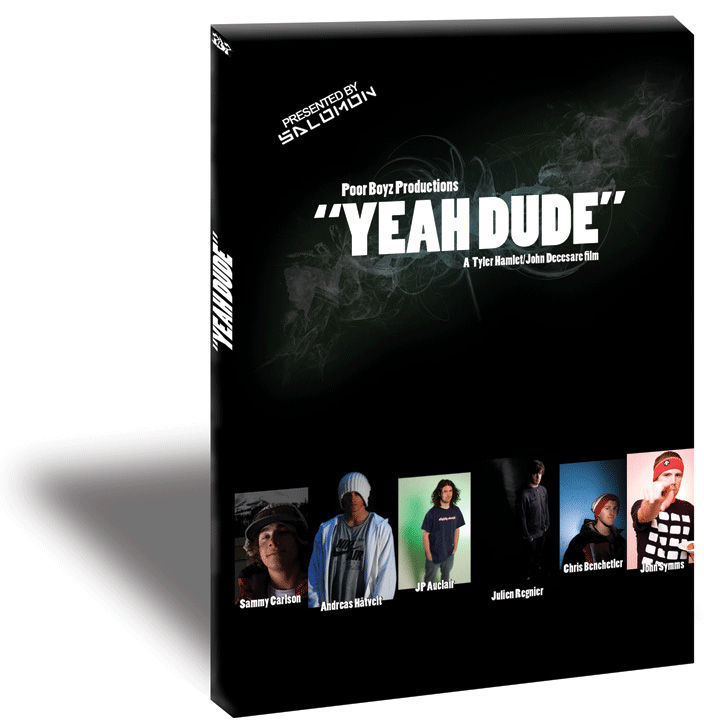 If you’re a Poor Boyz fan, you’ve probably noticed PBP’s movies follow a formula : The world’s best riders + sick locations + sick action – filler = the best ski movie of the year. PBP’s 2007 release Yeah Dude follows the Poor Boyz tradition of scintillating action, sending crews to all points of the globe to capture the year’s best skiing. But when it came time to assemble the pieces, PBP started expanding its repertoire. Once the snow melted, many of Yeah Dude’s athletes and crew members visited the Poor Boyz studios to give candid accounts of their seasons.

The result is a much more intimate portrait of the Poor Boyz crew than you’re used to, but without any consequent lulls in the action. Yeah Dude gives you all the skiing action you expect from PBP. But Yeah Dude is unlike any ski movie you’ve seen before.